Arizona is drenched in sunlight, receiving about twice the average daily kilowatt-hours as any other state. All that sunlight coupled with supportive solar policies has landed Arizona among the top solar states in the country – third only to California and North Carolina in total installed solar electric capacity, according to the U.S. Energy Information Administration. Start your Arizona solar panel research below, with detailed information on installers, electricity costs, and various research resources. 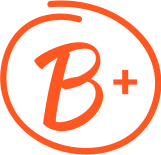 We determined a rank from 1 to 10 for each state in each category. We then combined the scores with the following weights and assigned an overall grade for each state. Our goal is to encourage those considering solar for their homes to get a basic understanding of solar potential in their areas and discover the best opportunities for clean energy available.

Electricity is crucial in Arizona, with six in 10 households relying on it as their primary source of heating and a whopping 25 percent of the state’s residential energy taken up by air conditioning, more than four times the national average. Still, the average residential price for electricity is $0.124 per kWh, which is slightly lower than the national residential average of $0.13 per kWh, according to the U.S. Energy Information Administration. So far, about 9 percent of the state’s electricity is generated from renewable resources, mostly in hydroelectric power from the Glen Canyon and Hoover dams but increasingly solar as well. Arizona is in the top 10 states in terms of solar growth projection, according to the EIA.

For all of its solar potential, Arizona’s Renewable Portfolio Standard calls for a moderate 15 percent of total energy be from renewable sources by 2025. Toward that end, Arizona also finds itself grappling with issues facing other solar states. Increases in utility fees have resulted in a drop in solar installations, and utilities are considering demand charges on solar customers to reduce loads during peak times. However, the state offers the Arizona Public Service Renewable Energy Incentive Program, which provides a rebate of up to $2 per watt of solar energy used. A variety of other rebate programs are available for solar panels in Arizona as are sales and property tax exemptions and a solar tax credit.

Mohave Electric Cooperative offers an incentive of $0.20/W for solar photovoltaics systems that are up to 50 kW or 125 percent onsite load (whichever amount is less). The maximum amounts allowed are $3,000 for residential PV systems and $5,000 for commercial PV systems.

Duncan Valley Electric Cooperative provides a rebate of $1 per watt for PV systems that are 10 kilowatts (kW) or less. The maximum amount is $10,000 or 40 percent of the system’s cost — whichever amount is less.

Allows commercial and residential utility customers with solar technologies to receive credits on their account for the energy their systems generate.

Allows those with PV systems to connect to an energy distribution facility.

The Salt River Project (SRP) allows those with solar energy systems to connect to the SRP’s grid and receive a credit for excess generation during a billing period.

Requires those that sell or install solar energy systems in Arizona to provide a warranty to customers.

This legislation requires that those who want to install PV systems on commercial or residential properties obtain a permit prior to installation.

This law requires that all homes in Tucson have PV systems installed or are built to allow installation at a later date.

Arizona homeowners with solar energy devices receive a tax credit for 25 percent the amount of the device. The maximum credit allowed is $1,000.

Commercial properties can receive a tax credit for solar energy systems of up to 10 percent of the installation costs, not to exceed $25,000 per building or $50,000 per business annually. Energy product manufacturers that expand or establish a business in Arizona can also receive a property tax credit for up to 10 percent. There is a statewide annual cap of $70 million per company.

Renewable Energy Production Tax Credit (Corporate) – Qualified renewable energy systems installed on or after December 31, 2010, may be eligible based on the amount of electricity produced annually for a 10-year period. The tax credit for PV and solar thermal electric systems varies by year of electricity production.

Property Tax Assessment for Renewable Energy Equipment – Renewable energy equipment owned by utilities and other entities operating in Arizona is assessed at 20 percent of the “taxable original cost” after deducting depreciation.

With all of Arizona’s sun, it’s not surprising that there are 400-plus solar companies in the state providing solar products and services including solar system design and installation, sales and distribution and manufacturing solar components. Installation prices in Arizona have dropped 15 percent in the past year, according to the Solar Energy Industries Association, making it faster for solar systems to pay for themselves and providing even more incentives for homeowners to go solar. Here is a list of just some of the solar panel contractors in Arizona:

Where it operatesGoodyear, Phoenix, Tucson, Scottsdale and surrounding areas

Where it operatesPhoenix and the surrounding areas

Where it operatesMaricopa, Pinal, Gila, Navajo and Yavapai counties

Where it operatesMaricopa, Pinal and Yavapai counties; California

Where it operatesMaricopa, Yavapai, Pima and Coconino counties

Where it operatesBased in north Phoenix, operates statewide

Explore what the ASC calls “your guide to solar in Arizona,” including technology, economic benefits, solar and sustainability calculators, training and education, and government policy.

Learn about solar technology research at Arizona State University and read an ebook about solar photovoltaics.

Find out about the solar options available to homeowners with information from the Arizona Corporation Commission and the regulated electric utilities in Arizona.

Find a comprehensive list of solar policies, financial incentives, including loans, grants and rebates, in a database monitored by the N.C. Clean Energy Technology Center.

Explore federal energy data, including state-by-state statistics on electricity consumption and rates as well as an analysis of Arizona’s solar usage and potential.