Solar Panels in Wyoming Installation Companies, Rebates, and Other Initiatives

Wyoming is slow to get on the solar train and currently ranks 36th nationally for solar capacity installed as of 2019, according to the Solar Energy Industries Association. The state has has invested $115 million in solar, hoping to get alternative energy off the ground. With the low cost of installing solar panels and favorable levels of sunlight, the trend towards solar could grow. 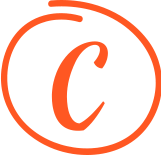 How Expensive is Electricity in Wyoming?

Part of the resistance to go solar in Wyoming could have to do with the reasonable electricity costs in the state. In the third quarter of 2019, residential prices hovered around $0.12 per kWh, which is close to the national average. Prices have increased in recent years, from $0.09 per kWh in 2011. The U.S. Energy Information Administration reports that the vast majority of the state’s net electricity generation comes from coal.

Wyoming electric utilities are required to provide net metering. Beyond that incentive, there are no other programs that promote renewable energy in the state. Unlike many other states, Wyoming has not adopted a renewable portfolio standard with goals toward increasing usage of renewable energy sources. However, this is not surprising considering that Wyoming is the top coal-producing state in the nation and has large fossil fuel resources, according to the EIA. And while it continues to increase the amount of wind power it produces, there are few incentives for residents to adopt solar power.

State law created interconnection standards for alternative and renewable energy generators up to 25 kW in capacity.

Requires net metering to be provided by electric utilities for renewable energy generators up to 25 kW along with credits per kWh for excess electricity generation.

With limited demand, there are only a few companies in Wyoming offering solar services.

Creative Energies operates in eight states and has been providing renewable energy services for 16 years.

For more information about the state of solar and other renewable energy resources in Wyoming, visit the links below.

Search a public clearinghouse for specific solar energy incentives in Wyoming and across the United States.

Discover where in Wyoming you can find renewable energy resources using helpful maps and other tools.

Search public services and other energy tools available in the state.

An extension of the University of Wyoming, this website provides more information about renewable energy and its technologies.