Vermont is leading the country in solar adoption. According to the Solar Energy Industries Association (SEIA), Vermont installed more than 80 MWs of solar electric capacity in 2018, double the capacity installed in 2014. Additionally, Vermont is expected to install 267 MW of solar electric capacity over the next five years, that’s almost equal to the amount installed over the previous five years. In other words, solar energy is thriving in Vermont thanks to state tax incentives, financing options, and rebate programs. Join the solar movement in Vermont and find a local solar panel installer. 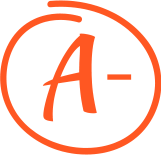 Cost-Analysis of Electricity in Vermont

The cost of electricity in Vermont contributes to its move toward more renewable energy sources. In 2018, 99.7 percent of the state’s electricity generation came from renewable resources, primarily hydropower. In 2019, residential electricity rates averaged $0.17 per kWh for Vermont residential users, well above the national average. Commercial rates were somewhat lower, at $0.16 per kWh. In light of these high prices, Vermont also ranks last in the country for total energy consumption.

State and federal governments, as well as some of the utility companies, offer a number of rebates, grants, loans and tax incentives to encourage residents to go solar. Vermont policy on sustainability goals was enacted into law with the passing in 2015 of the Renewable Energy Standard and Energy Transformation (RESET) Program. RESET places a total renewable energy requirement goal of 55 percent of sales by 2017, rising 4 percent every three years, to a total of 75 percent in 2032. This provides a substantial incentive for utility companies to find ways to encourage Vermont residents and companies to switch to renewable sources (like solar) for their electricity needs. Find out more about the programs in place to help move the state toward solar energy and other renewable resources.

According to Vermont regulation, a 15 percent net metering cap was placed on all state electric utilities’ peak loads, meaning that customers could net meter after obtaining a Certificate of Public Good from the Vermont Public Service Board (PSB) up to the utility meeting the net metering cap. Unfortunately, that cap was reached by most utilities by the end of 2015. Fortunately for GMP customers, in July 2016 the state raised GMP’s net metering cap, allowing GMP to accept projects up to 150 kW, providing for at least 50 additional solar projects for the year.

Municipal bylaws may not, to any extent, regulate the installation, operation, and maintenance of a solar PV device on a flat roof. Homeowners may be subject to restrictions regarding the location of solar collectors on the roof as long as they do not impact the effectiveness of the collectors.

Vermont has an expedited permitting process for solar PV systems that are 15 kW or less.

The state offers an investment tax credit for installations of renewable energy equipment on business properties. The credit equals 24 percent of the “Vermont-property portion” of the federal business energy tax credit. This constitutes a 7.2 percent state-level credit for solar systems.

Vermont’s sales tax exemption for renewable energy systems applies to systems up to 500 kW in capacity. The exemption is available for grid-tied systems and off-grid systems alike at a sales tax rate of 6 percent.

A 100 percent property tax exemption is available for solar PV systems up to and including 50 kW. The state assesses a uniform four dollars per kW for greater systems. This exemption applies to the equipment, not to the land.

Started as Northeast Construction, Building Energy offers solar panels and heating system alternatives in addition to a host of other eco-friendly weatherization services.

FoxFire specializes in the engineering, installation, sales, and service of renewable energy systems.

Friends of the Sun

Friends of the Sun provides solar hot water systems to its customers.

Independent Power originally created off-grid solar systems to customers but has since expanded to offer training, information, and products for grid-tie power as well.

Where it operatesHyde Park, VT

Net Zero Renewable Resources (NZRR) is a family-owned business offering on- and off-grid solar PV and solar heat systems installation. NZRR is dedicated to providing the highest quality products and services to its customers at the best possible price. Free site evaluations are available.

This locally owned business installs solar panels and inverters and works with everything from remote residences to large businesses and schools.

Suntied Electric works with both new and existing homes to design and install solar systems.

Part of a network of local-owned solar companies, USA Solar started in Springfield and is now in 20 states.

Learn more from this nonprofit trade association that has a membership of about 300 and is working to strengthen the state’s renewable energy businesses through networks, partnerships, professional development, and support.

Discover who is representing the solar industry. The SEBANE works with state regulators and policymakers to promote the use of solar energy in the region.

Explore SEIA, the national trade association that represents businesses working in the solar energy industry. It is focused on advocacy and education about green energy.

Search through an extensive list of resources and links for energy training programs, environmental career opportunities, and business groups with an interest in green technologies.

This government body regulates the electricity rates and services in the state. Find out more about the board and its process for hearing concerns.