Though Washington is an eco-friendly state, it ranks 31st in the number of solar panel systems installed in the country, according to the Solar Energy Industries Association. This is likely because the state only has 58 clear days during the year. However, even in Washington, using solar panels can still benefit homeowners and businesses. 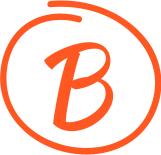 How Expensive is Electricity in Washington?

Washington residents can feel good about where they live when it comes to electricity. Powering their homes and businesses costs relatively little since the majority of their energy comes primarily from hydroelectric power which has low operating costs. In 2018, the average retail cost of electricity in Washington was the third-lowest in the nation, with residential customers paying less than $0.10 per kWh and commercial customers paying less than $0.09 per kWh. And the price of electricity hasn’t changed much over the years with Washington consistently being one of the top U.S. producers of hydroelectric power.

Financial incentives help to encourage residents and businesses to convert to solar power. The state ranks low for the number of solar panels installed and much of the state relies on other renewable energy sources. There are few state incentives, however federal tax credits do exist. The Renewable Energy Sales and Use Tax Exemption allows for both commercial and residential to be exempt from sales tax on a solar system generating 10 kW or less as well as solar thermal systems. Many utility companies also offer loans, rebates and other financial assistance for those going solar.

None for residential/commercial specifically

This incentive, paid to the PV producer, starts at a base rate of 15 cents per kWh and is adjusted by multiplying the incentive by a set of factors. This incentive applies to both single-owned systems and community solar projects.

Clark Public Utilities offers financing to its customers for the purchase and installation of residential solar equipment. Loans up to $30,000 are available for solar photovoltaic (PV) systems.

Washington law does not create an automatic right to sunlight but allows parties to enter into solar easement contracts voluntarily for the purpose of ensuring adequate exposure of a solar energy system.

Washington’s net-metering law is first-come, first-served and applies to systems up to 100kW in capacity that generate solar electricity. All customer classes are eligible, and all utilities must offer net metering.

Washington interconnection standards apply to the state’s investor-owned utilities (Avista, PacifiCorp, and Puget Sound Energy), but not municipal utilities, public utility districts or cooperative electric utilities. The standards provide for three separate levels of interconnection based on system capacity and other requirements.

In 2006, Washington passed a renewable energy standard by ballot initiative. The RPS requires electric utilities that serve more than 25,000 customers to get 15 percent of their electricity from new renewable resources by 2020 and to undertake all cost-effective energy conservation.

A number of solar companies help to serve the state of Washington and its surrounding area.

This employee-owned corporation specializes in solar installations throughout the state of Washington and in the greater Portland area.

Where it operatesPort Townsend, WA

Operating in both Oregon and Washington, Sunbridge has an emphasis on designing and installing solar arrays for residential and agricultural projects.

Sunergy Systems provides full-service solar design and installation in the Seattle area. It is an employee-owned company.

For Washington residents who are looking for more information, we have a list of resources.

Search through the Database of State Incentives for Renewables and Efficiency which lists all the incentives Washington residents qualify for when going solar.

Explore this professional trade association, formed in 2013 and designed to be a unified voice for its members, improving business conditions and advocating for public policy.

Learn more to help promote the development and use of solar and other renewable energy sources. This non-profit group supports legislation to help expand the use of solar in the state’s energy supply in an effort to broaden the job market and clean energy use.

Find out more information about energy in the state of Washington, including consumption ranking, prices, and production information.

Track new bills and legislation that involve solar power and other green resources.